Magnetic refrigeration exploits the magnetocaloric effect (MCE), which describes the changes of magnetic entropy ΔSm and adiabatic temperature ΔTad, following a change in applied magnetic field ΔH. This standard technique in cryogenics is useful to cool down from a few Kelvin. Applications include, among others: superconducting magnets, helium liquefiers, medical instrumentation, in addition to many scientific researches. 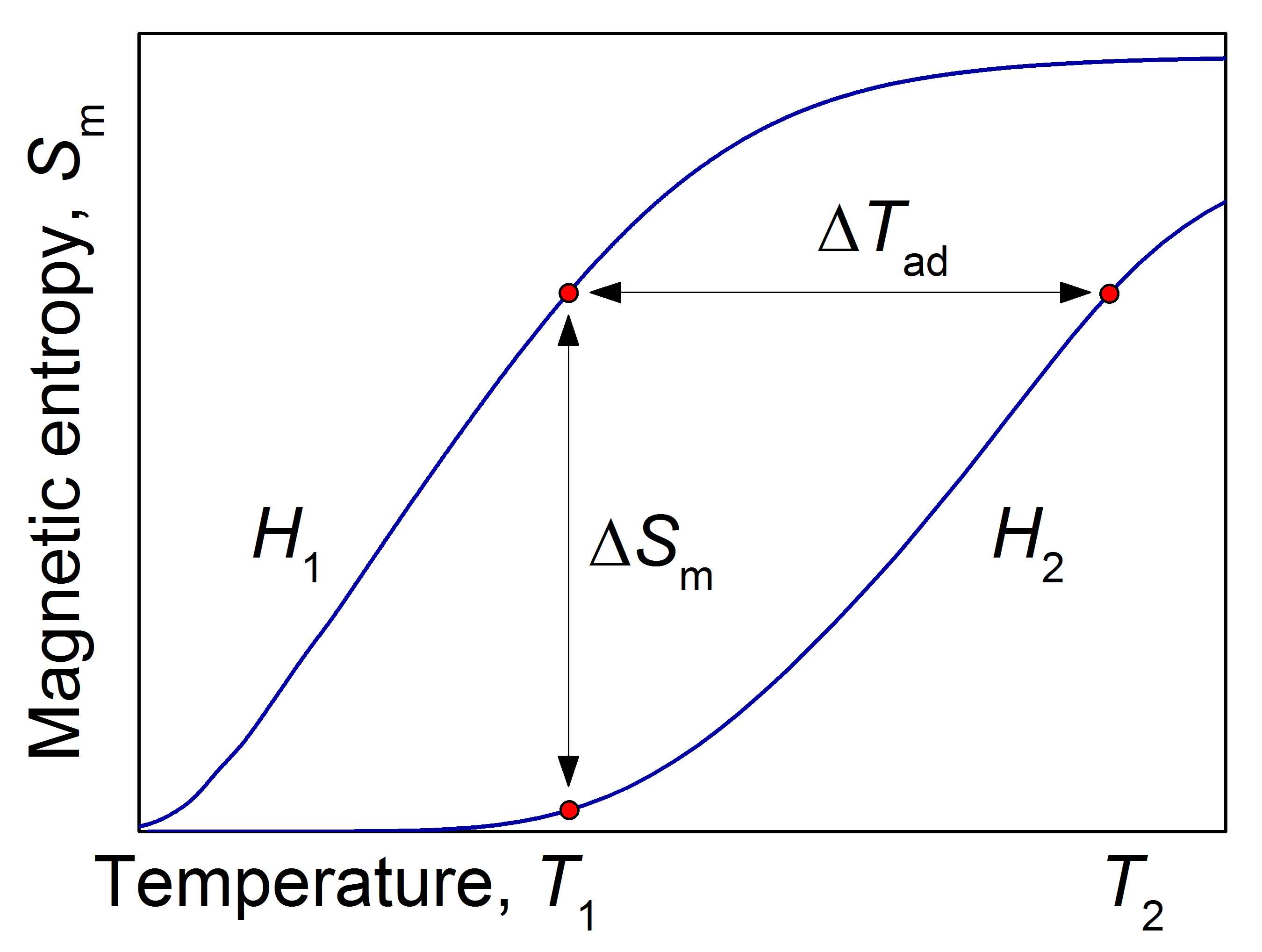 Adiabatic demagnetization refrigerators are used as low-temperature platforms in research laboratories and in space-borne missions, where the absence of gravity hinders cooling by methods based on the 3He-4He dilution. Some six years ago, the number of adiabatic demagnetization refrigerators being sold worldwide was circa 30 per annum, making this market too small and thus not very attractive from an economic perspective. However, a sea-change took place and several companies are currently operating in this market. The driving factor was the increasing cost of helium, especially of the rarer 3He isotope.

All magnetic materials show the MCE, although the intensity of the effect depends on the properties of each material. Molecular magnetic coolers are privileged candidates, chiefly because (i) their quantum characteristics can be controlled and optimised, (ii) they often are soluble in common organic solvents, hence allowing the transfer of their functionality. What used to be an unexplored and emerging research field has entered into adulthood during the last few years. In fact, more and more molecule-based materials are being proposed as magnetic refrigerants. Especially since 2010, we can count over twenty new molecular coolers per year, all together summing up to more than a whopping two-hundred publications in this research field at the time of this writing (April 2017). One of the beneficial effects of such an increased popularity is that molecular coolers have found their way through the jungle of molecular magnets on the one hand and magnetocaloric materials on the other hand, reaching their own proper identity.

A personal view of how this research field has evolved over time is summarized by the following milestones, chronologically listed from top to bottom.

Unfortunately, the growth of popularity is also being accompanied by a far too appalling number of publications of doubtful quality, authored by the usual suspects. There, innovative elements are conspicuous by their absence. Shallow works often combine with embarrassingly wrong statements/analyses and at times approach closely the ethical boundaries of plagiarism. The inevitable results are (i) the discredit of this research field, especially among readers who have a solid background in magnetocalorics but are new to molecular magnetism, and (ii) the promotion of lowly lines of activity, especially among inexperienced readers.